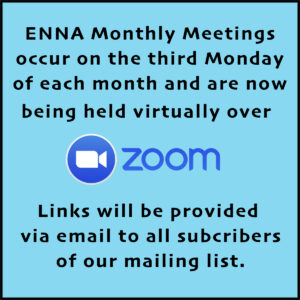 Don’t let the project named “Walk Bridge” fool you! For East Norwalkers, the replacement of the aging Metro North expanse across the Norwalk River is almost the least of our concerns.

So what SHOULD we pay attention to?

The rest of the project, which includes the replacement of all the Metro North Bridges here (except Strawberry Hill) and includes the infrastructure work to widen and lower East Avenue below the bridge, and to completely realign Ft. Point with South Smith.

Here’s what we can expect, and when:

NOTE: Pedestrian and cyclists access will be preserved through several means. East Ave will NOT be closed during major city events or on weekends in July and August. Signage throughout detour routes, and electronic signage posted to indicate detour dates. Norwalk Police are contracted for traffic and detour control.

Replacement of the Walk Bridge over the Norwalk River

The Walk Bridge is a four-track railroad bridge that crosses the Norwalk River, connecting South and East Norwalk. Built in 1896, it’s one of the oldest movable bridges in the region. The 564-foot long, swing bridge is part of Metro-North Railroad’s (MNR) New Haven Line and a critical link in the busiest rail corridor in the nation, the Northeast Corridor, connecting Boston, New York, and Washington D.C. The Walk Bridge carries approximately 175 trains and 125,000 riders each day.

The Walk Bridge has outlived its intended lifespan and experienced repeated operational failures in recent years. It is vulnerable to damage from storm surges and high winds, and requires replacement. In 2014, Commissioner of the Department of Transportation signed an emergency declaration for the bridge project due to operational failures that resulted in major disruptions to the railroad. Purpose and Need

Replacing the Walk Bridge is a complex project. It requires construction to be performed in the highly-developed, commercial and residential area of historic South Norwalk, while maintaining rail service and navigation on the Norwalk River, a federally designated, navigable waterway trafficked by commercial and recreational maritime operators.

In compliance with the Connecticut Environmental Policy Act (CEPA), CTDOT submitted a Record of Decision (ROD) to the Connecticut Office of Policy and Management (OPM) in June 2017. In a letter dated July 6, 2017, OPM determined that the Environmental Assessment and Environmental Impact Evaluation satisfies the requirements of CEPA for this project.

On July 17, 2017, the Federal Transit Authority (FTA) issued a Finding of No Significant Impact (FONSI) for the Walk Bridge Replacement project in compliance with the National Environmental Policy Act (NEPA).  By doing so, FTA has determined no further evaluation is required under NEPA.

Design of the 240’ Span Vertical Lift Bridge alternative advanced following the Finding of No Significant Impact and Record of Decision issued in Summer 2017. This alternative was selected for the Walk Bridge replacement due to the design and construction benefits it provides over the other movable bridge alternatives. Benefits include:

The new Walk Bridge remains a vital link in the regional passenger and freight rail system, improving performance, reliability and safety. The selected design maintains navigation on the Norwalk River and provides a widened, unobstructed channel alignment with the Stroffolino Bridge. The replacement bridge features two, movable spans carrying two tracks each, which can be operated individually in the event of a necessary track outage.

The lift bridge’s towers are 150 feet above the level of the railroad tracks. This is nearly 100 feet shorter than the existing high towers, which are removed as part of the project. Prominent aesthetic features include machine room enclosures at the top of the towers, arch design on the towers, enclosed staircases and elevators, and decorative railing on the exterior walkways. These design considerations were made with the involvement of local members of the Design Advisory Committee (DAC).

Construction of the New Walk Bridge

In addition to replacing the existing bridge, elements of the project include: east and west approach embankment work and retaining walls, track work, catenary and signal system upgrades, new catenary structures, removal of the existing high towers and relocation of high-voltage transmission lines.

The new bridge foundations and towers are built outside of existing foundations allowing the swing bridge to remain operable. The Program constructs the bridge truss offsite and floats in the two spans by barge, one half at a time. The existing bridge is removed and deconstructed to the north during the first float-in. The northern tracks and approaches will then be constructed and the second float-in will occur about a year and a half after the first. The first float-in will require a complete rail service outage over an extended weekend with the second float-in taking about a weekend.

Environmental and historical preservation are key elements of the project. The program is committed to restoring the historic fencing at the Lockwood Mathews Mansion and wetlands along the Norwalk River. An archaeological excavation in East Norwalk preserves Native American artifacts revealing new details of Norwalk’s rich history.

ESTIMATED WALK BRIDGE CONSTRUCTION COST: The total cost and schedule of the Walk Bridge Program including design, rights of way and construction are currently being updated.